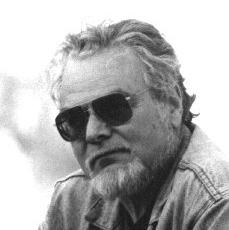 A plump, middle-aged man with greying hair and mild, hazel eyes looking out from behind wire-rim glasses, Author Michael Kurland has the perpetually nervous look of a rabbit invited to lunch at the Lions' Club. He has been a teacher of obscure subjects to disinterested children, the editor of a magazine even more idiosyncratic than himself, a seeker of absent persons, a magical explainer, and guest lecturer at numerous unrelated events. But he has never wandered far from his chosen profession of scrivener for very long, since he finds the fawning idolatry of his fans a useful counterbalance to the disinterest of landlords and the disapproval of bank managers.

He is the recipient of two Edgar scrolls and was nominated for an American Book Award for his first Moriarty novel, The Infernal Device. Among his other works are The Last President (with S.W. Barton), Death by Gaslight, Ten Little Wizards, A Study in Sorcery, The Unicorn Girl, and Star Griffin. His most recent work of nonfiction, an idiosyncratic history of Forensic Science called Irrefutable Evidence, has enjoyed a European vogue. The latest Moriarty novel, Who Thinks Evil, is now in bookstores near you, if there are any bookstores near you. His works have been translated into Chinese, Czech, Danish, French, German, Hungarian, Italian, Japanese, Polish, Portuguese, Russian, Spanish, Swedish, and some alphabet full of little pothooks and curlicues.

Kurland presently lives in a Secular Humanist Hermitage in a secluded bay somewhere between San Francisco and Los Angeles, where he kills and skins his own vegetables.